Visiting The Sins is a darkly funny story about mothers and daughters, ambition, redemption and the acts we commit in the name of family. About Visiting the Sins

Visiting the Sins is set deep in the Bible Country of Texas and follows three generations of women in the Wheeler family. A family of women with lofty social aspirations but whom always seem dissatisfied. Pokey is the quirky matriarch, Rebanelle the former beauty queen and Curtis Jean the gospel singer. Their aspirations are matched only by their poor taste in men and their capacity for holding grudges. A legacy of feuding and scandals threatens to bring down all they have sacrificed to build.

An interesting story told from the viewpoints of the three women and those closest to them. They are a family that loves each other deeply but also are not afraid to speak their mind nor hold a grudge. With the story being told from each of the women’s own thoughts and feelings you are given a different angle of each situation. While Pokey feels Rebanelle is cold and calculating, Rebanelle feels hurt and that she must bear the greatest burden of the family. The three women constantly perceive each situation differently and of course each one is always the most correct individual. This did get confusing at first until I became quite clear with the names of all the characters but it really gave a great picture of the situations each one endured.

While dark at times, Visiting the Sins is a true portrayal of depression, family love and perseverance against the toughest odds. The Wheeler family pulled themselves out of poverty to become high standing members of their community and did it in a way that only the Wheeler family could achieve. The comedy relief from Pokey balances the novel out perfectly.

You can purchase a copy of the book on Amazon and Barnes & Nobles.

Melanie is a native Texas and a graduate from Stephen F. Austin State University. An eighth generation Texan and a former banker and cattle rancher, she currently lives in San Francisco working on her second novel.

END_OF_DOCUMENT_TOKEN_TO_BE_REPLACED

A Life of the Twentieth Century by Irene Even #review

A Life of the Twentieth Century is the story of Aya, a young girl alone in the world after the death of her parents who must face the horrors of the Second World War. About A Life of the Twentieth Century

Aya loses her parents at the tender age of three. At the age of twelve, she was sent to a boarding school in Budapest that was forced to close after one year due to the Nazi army marching into the city.

Aya was left alone to face the Nazi occupation and to experience the horrors of the war. She faced many life threatening situations, such as prison, bombardment or even the possibility of execution on the spot without really comprehending the gravity of it all.

The end of the war was supposed to mean liberation, the return of hope and freedom for most people however this did not happen for Aya, who was part of a youth group on their way to Palestine. The destination of this youth group was to reach Italy and the Jewish Brigade. They crossed the Alps on foot from Austria to reach Italy.

As they reached their destination Aya met a solider from the Jewish Brigade who was supposed to be her hero, her Saviour but who turned out to be the devil incarnate. From day one this solider of the Jewish Brigade took control of Aya’s life when she was only fifteen years old.

After divorce, destitute and once again alone, she had no direction and almost no hope. From deep inside her she heard a voice telling her to go back to school. It took all her courage to apply to university where she was accepted and after five years was granted a B.A. and a Diploma in Teaching. She spent the rest of her life teaching and as she contemplated her life she said to herself that is she had had all the choices in the world, she would have chosen teaching.

It is hard to know where to start with such a powerful book. Even more so when the story is a true story of the struggles a young girl faced during the Second World War right through to adulthood. I felt humbled and honoured to read her story as Irene draws us into the story of Aya.

At such a young age, Aya could hardly understand the complexities and the dangers around her during the war but she faced them bravely and without fear. She describes events that gave me goosebumps and a strong sense of appreciation of how brave she was despite being so young (can you even begin to imagine crossing the Alps on foot to reach Italy??!). It is hard to believe that she accomplished so much before the age of sixteen but she did as many like her did as well out of necessity and the need to survive.

I was heartbroken for her as she struggled with depression and a marriage that was unhappy. Like many that suffer from depression it is hard to accept and reach out for help. I was glad to see her pull out from the fog of unhappiness and depression and reach for her goals of teaching. I was even happier when she left the dangerous marriage that she was in. Her marriage only put additional strain on her as a person both mentally and physically.

A Life of the Twentieth Century is a memoir that reads like an unpredictable novel with the beauty of being a true story. A truly lovely memoir of a powerful, brave and determined young lady who grows into an even stronger woman as she struggles on the journey of life. A definite must read especially for young women who will most likely identify with many parts of this memoir.

You can purchase a copy of this book on Amazon or Book Locker. Irene Even was born in Hungary. As a child she lived through the Second World War using false papers to survive. After the war, she immigrated to Palestine and lived in a Kibbutz. She then later married and immigrated to Canada with her family. She returned to Israel to teach English and remained there for twenty-two years. After writing her memoir, she now lives in retirement in Montreal.

You can now enter to win one of ten e-book copies of A Life of the Twentieth Century. This giveaway is open internationally and ends March 21st. Good luck!

END_OF_DOCUMENT_TOKEN_TO_BE_REPLACED

Welcome to the BlitzKat blog tour for Cathy Bryant’s A Bridge Unbroken. Another Miller’s Creek Novel set in the heart of Texas, A Bridge Unbroken brings two new characters to the forefront while still giving fans a glimpse of their favorite characters from the past, including the old geezers and Mama Beth. 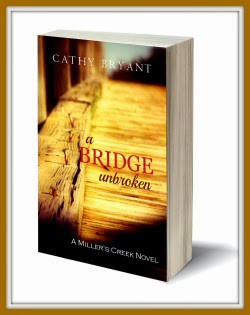 About the Book, A BRIDGE UNBROKEN

Letting go to build a bridge…

Dakota Kelly wants her painful past to disappear. A plan to start afresh is derailed when she co-inherits her late grandfather’s farm with the man responsible for the scars on her heart. But Chance Johnson isn’t the only ghost from the past. Someone else is out to get her and will stop at nothing to get what he wants. Will Chance and Dakota lay aside their grudges to restore the old farmhouse and bridge, or will evil forces sabotage their attempt at forgiveness?

Click HERE to read a sample chapter of A Bridge Unbroken.

The Other Miller’s Creek Novels 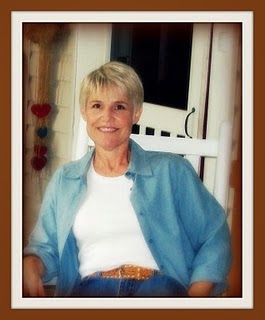 A native daughter of the Lone Star State, Cathy loves spinning tales about life in small town Texas. When she’s not weaving stories about the fine folks in Miller’s Creek, you’ll find her rummaging through thrift stores, feeding her reality TV addiction, or up to her elbows in yet another home improvement project in the mountain cabin she shares with her minister husband of over thirty years. You can find out more about Cathy and her books at www.CatBryant.com.

You can also connect with Cathy at:

Reader friends on Facebook may want to visit the following groups, the first for book bargains and the second to discuss all things Miller’s Creek.

About the Blog Tour and Launch Party

Cathy is celebrating the new addition to the Miller’s Creek family by making several prizes available to reader friends–including a $100 Visa Card Giveaway. Winners will be announced at the interactive Facebook Launch Party on May 22, 2014.

Enter the grand prize drawing for the $100 Visa Card now by clicking one of the links below. But hurry, because the contest ends May 22, 2014.

(NOTE: Some contest tasks can be completed daily for extra chances to win.) The grand prize winner will be announced at the A Bridge Unbroken Facebook launch party on May 22.

See you at the party!

Watch out for my review and e-book giveaway going live tomorrow too!